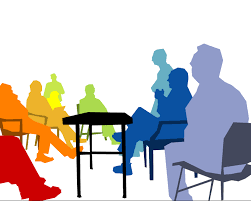 Secretary’s report. Nothing to report.

Treasurer’s report. Terry reported that there was £525.75 and 36p in the two accounts. There was likely to be a request from Flying Fish but this would not be needed until August.  Dave Warren noted that in recent years some clubs had received multiple pay outs and wondered whether it should be one event for this year. There was a discussion about this but it was agreed that if payments had been agreed prior to this meeting such as for Concorde, that they would be honoured. John Lewis mentioned a forthcoming request from Dave Chinnery.

Achievement Scheme Coordinator’s Report.Dave said that he had nothing to report beyond this year’s programme being set up and Bob Ryan agreeing to become area chief examiner for helicopters.

PRO Report. There was nothing to report beyond the area supporting the BMFA at Alexandra Palace.

Safety Advisor’s Reports.Bob Ryan mentioned the recent changes to the ANO. Some local clubs -Thamesmead, Sevenoaks and Caterham – would be affected but they were all aware of the changes. Some clubs near Biggin Hill had agreed to a height limit of 300 feet. Bob reported an incident at Thurnham which although outside London Area had many London Area flyers. As a result of some conflicts of interest which he had witnessed at the site, Bob attended a BHPA association meeting. This was amiable and both sides felt that good communication was essential. One problem was that not all the model flyers were in the BMFA and likewise the parascending pilots in their national organisation. Dave Warren said that we would all have to wait until November!

Silent Flight Report. Dave Chinnery’s report was read by John Lewis. He said that the documentation for the Middle Wallop Robert Mahoney Memorial Electric Fly-In had been approved by the Airfield Manager and sent with the License Application Form to DIO for issue. The license fee for the meeting on August 3rd/4thwill be £90 but it is unlikely to be invoiced until after the event. A similar event, sponsored by the Hayes & District MAC is to beheld on May 18th/19th.

Free Flight Report. Nothing to report.

RC Power Report. Nothing to report.

London Area Webmaster: Bill Wheeler reported that he had contacted the secs. of London Area clubs through the BMFA. He also reiterated the need for more articles for the website.

AOB.Bob Ryan reported that there were two indoor meetings at Kings School Rochester and Black Lion Sports Centre in Gillingham. He had also attended two excellent talks by Mark Smith Curator at the Royal Artillery Museum at Greenwich. Both talks had been on the Victoria Cross and Bob was hoping to invite Mark to give a talk on aviation VCs for London Area Clubs. More details to follow.